Buying Hi-Vis For The Cycling Season

We’re now into the cycling season and I’m sure hi-vis is at the forefront of everyone’s mind.

Despite popular belief there are variations in the definition of what constitutes ‘High visibility.’ Logically, one would think that if there were one group of people that required high visibility then it would be cyclists.

While there are a large number of manufacturers that produce hi-vis wear for cyclists the number of cyclists that choose to wear them is not as many as you may think. As with any activity where a choice is available to those taking part, a great many cyclists do not like the look of hi-vis clothing.

So while hi-vis wear is not (technically) mandatory it is advised to be used.

One manufacturer has even developed a system where the reflective strips on the jacket are almost unnoticeable until a strong light is shone onto them.

At first glance it would be hard to imagine how a black jacket could fall under the banner of ‘reflective.’ The company has developed a reflective material that in ‘normal’ lighting conditions is barely noticeable. A fact that makes many cyclists, including this writer extremely happy.

But why should this be the case?

From the individual’s point of view there is a certain stigma connected to the hi-vis clothing and the ‘usual’ wearer.

While the logic of hi-vis wear is easy to understand, indeed it is a logical garment to wear, the stereotypical wearer is perceived as being old fashioned and somewhat miserable.

In a great many cases this perception is about as wrong as it is possible to be. The problem arises because that state is how touring cyclists used to be. Twenty years ago, as the cycle trade began its first comeback, many new riders made it clear when buying their new ride that they did not want to be mistaken for one of those ‘Old Farts.’ So the dislike of hi-vis cycle wear began.

With the improvement of LED lighting technology combined with the advances in battery manufacture and USB charging it could be argued that hi-vis wear is no longer such an important piece of equipment for the modern day cyclist.

And yet, as seen in the extract from the Highway Code above, hi-vis apparel is still recommended for all cyclists. As for me, my backpack has Scotchlite panels and the array of lights fitted to my helmet and bike are bright enough to let everyone know I’m there.

Although the lights on my wheels are hypnotic… 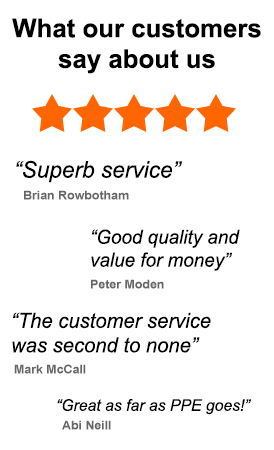